Some of my favourite childhood memories involve playing with my dad; one game involved balancing on his knees which he would sway backwards and forwards before inevitably tipping me off at some point; another, when I was little, saw me walking up his front and then somersaulting over backwards! I have since heard horror stories amongst mothers of how that last particular game can lead to broken wrists and dislocated joints, over which I normally smile and feel sorry for their children who are obviously missing out on that particular game!

My daughter loves being chased and thrown and tickled and tumbled around, so I think roughhousing is something we've been doing anyway without knowing there was a name for it. It's fun to have lots of new ideas for games to play from the book, and my husband is looking forward to trying out some of the more adventurous moves once our daughter is old enough.

There were a few games suggested that felt very American, or at least aimed at families living in huge houses with lots of spare mattresses and pillows that you don't mind wrecking - for example, one game suggested racing a mattress down your staircase! My husband would have a fit if he caught my daughter and I playing that particular game with her mattress on our open-tread, bannister-lacking stairs, I'm sure you need an enormous staircase to do that one properly Although thinking back, there was one particularly raucous sleepover I had at my friend's house when her parents were away and we all ended up racing each other down the stairs in our sleeping bags!

If you're already the kind of parent who doesn't allow their children past the lowest point on the climbing wall in the park, and spend your time saying 'no, you can't walk along next door's wall' then this probably isn't the book for you! You need to be reasonably confident and comfortable with the idea of phycial play in which someone may, if they're not careful, get hurt. For a lot of the games the adult involved needs to be quite strong, and I did feel that the focus at times was more for dads playing with their kids, using mums just as helpers to avoid any accidents, unless you're a particularly strong mum, or feel your knees can cope with crawling around on all fours in a race with your child!

If you're willing to give it a go, however, there are lots of good ideas here, for all ages, and it's a very interesting and thought-provoking read. Make sure you play safely, and have lots of fun! Just send us an email and we'll put the best up on the site.

6 Benefits of Roughhousing for Kids

Some new schools don't even have playgrounds. But Drs.

Anthony T. DeBenedet and Lawrence Cohen are here to shake things up-literally! Drawing from gymnastics, martial arts, ballet, traditional sports, and even animal behavior, the authors present fifty illustrated activities for children and parents to enjoy together - everything from the Sumo Deadlift to the Rogue Dumbo.

Share your thoughts with other customers. Write a customer review. Most helpful customer reviews on Amazon. July 7, - Published on Amazon. Verified Purchase. My Dad, even though he is close to 80, is a natural born roughhouser. My husband grew up in a very different environment--one where physical play just did not happen.

I always sensed a bit of wistfulness on his part when he would watch my kids and their grandpa play--especially as everybody is having such a good time. Now, with "The Art of Roughhousing", their own Dad has some great new tricks and ideas to try. Dad is now cool--because not even Grandpa thought about riding a mattress down the stairs!

Love this book. Buy it and some ice packs and go to town. And I have to say, it's not just fun for the kids--it's fun for the parents as well. We've decided to use it as part of our weekly family time. We're going through the book and writing down the activities that are age appropriate.

Probably at least or more ideas--all that look great. Most will work for all kids--so get ready to enjoy. December 30, - Published on Amazon.


This book would be good for mom and dad to read together. I was already a believer in roughhousing, and my wife had no problem with it. 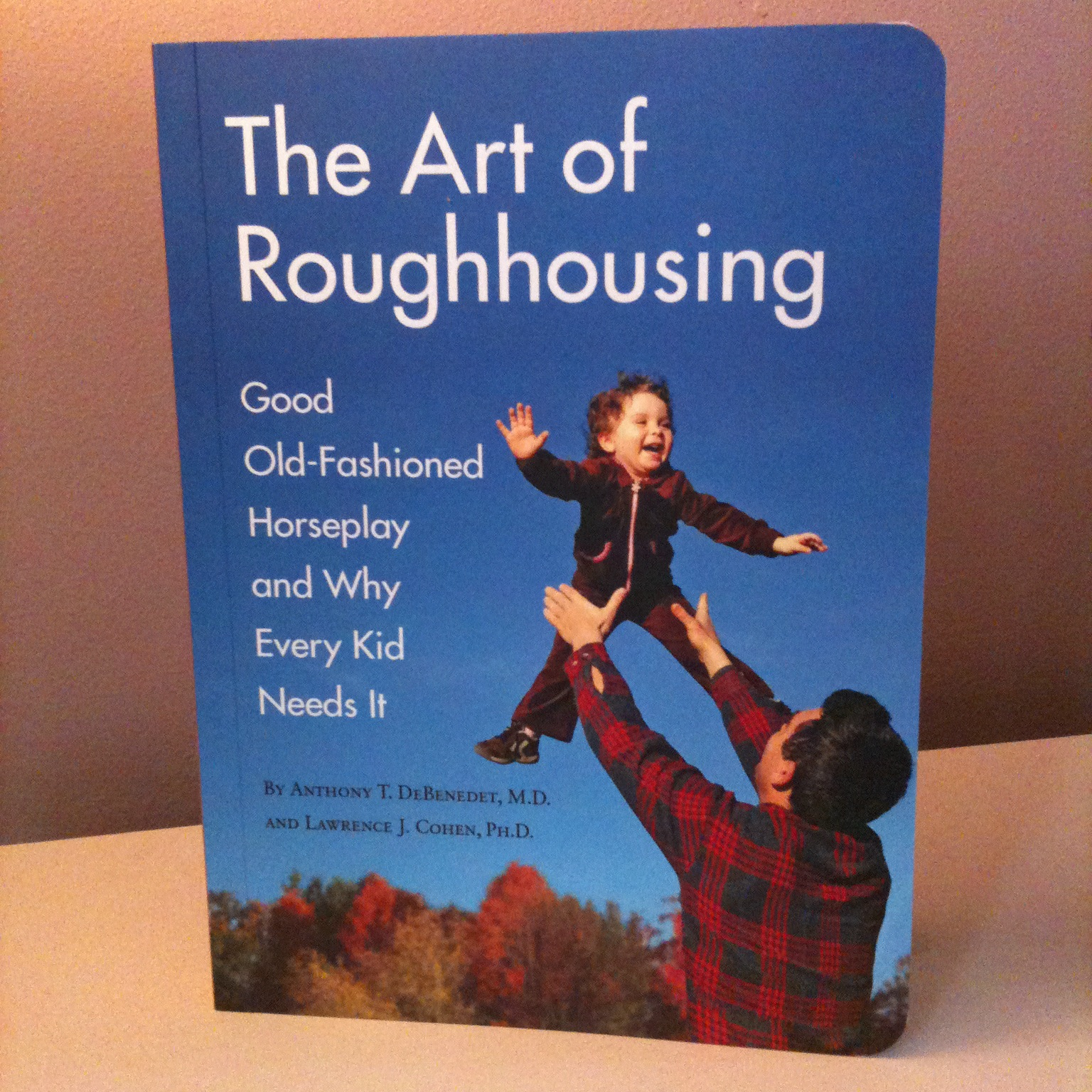 Related The Art of Roughhousing